One can say that every university has a campus girl crush— the one with the perfect hair, perfect smile, and good personality. What UP Mindanao has is different! She often walks from the dormitory to her next class on a baggy shirt, cargo shorts, thick glasses, standing not with a perfect posture, and always with her head down, but she never fails to impress her friends with her wisdom and disposition once you get to converse with her along the hallways and she happens to have a “pabaon verse”, “words of wisdom”, or her “mini hugots” along with her.

With all the media practitioners swarming around her, friends and university acquaintances lining up to congratulate and at least take a picture of her after the 2019 Commencement Exercise, one who knows her by name could not help but be proud of her. And probably, whenever we hear the name “Pete”, most would no longer mistakenly think of the protagonist on the classic movie ‘Top Gun’ but of the girl on the bright white dress who delivered her valedictory speech saying, she is neither a genius nor a beast (21st century jargon for someone great) but she is just an ordinary woman, often mistaken as a man because of her name(with humor), the fruit of the hard work and sweat of her single parent mother, and a product of grace and blessing of the Almighty God. (see the video of her speech here: https://www.facebook.com/UPMindanao/videos/474184073341290/).

Probably one could say that her speech, the news articles, and the Facebook statuses of her friends online revealed enough to get to know “who she is”, but as a friend and a ministry partner, I beg to differ. I think that one could not know her too well without knowing “who is behind” of who she is. To best understand what I mean, here’s Pete Maverick Nicole Estudillo’s love letter to each and every one of us and her testimony to best know who God is in her life. 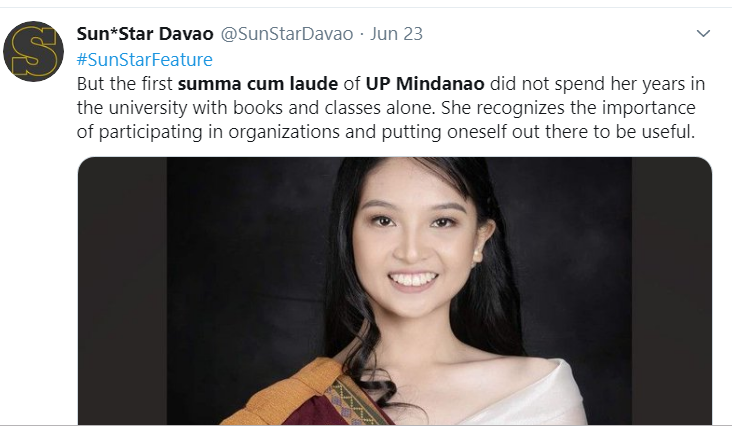 Dear reader, I hope you don’t remember my name, nor my face. If there’s anything that I don’t want you to forget, it is that all worldly glory is in vain without the Lord. It is only when you realize His sovereignty in your life that He can use you for His greater purpose. We are meant for greater things, if only we allow Him. 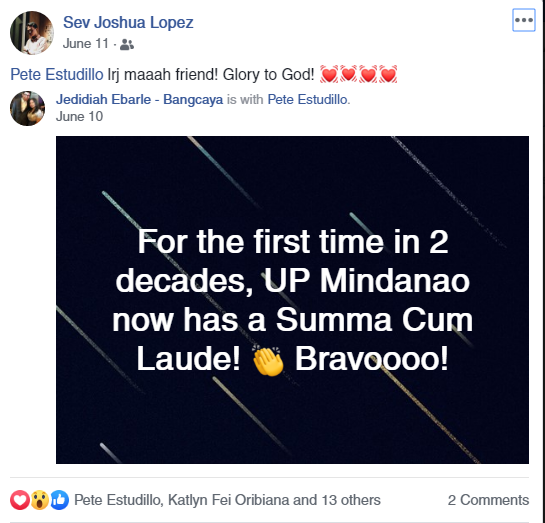 I’ve been raised in the Church for as long as I can remember. I have served the Church at an early age. I miss Sunday services only when I’m no longer able to stand. Often, I spend my nights at church, helping in the office, or just playing around. It was my second home. And I called myself faithful. Then the Lord sent people to change my view of Christianity.

It was my first year in the University. We were practicing for an event on the side of the Oblation road when we noticed a group of people around the Oblation circle. They were playing games, it seemed. A little while, they started singing worship songs. My heart leaped. Frustrated with the rough practice, a few of my classmates decided to join the group instead. I ran along with them. And the rest was history. I came to know PSALM accidentally, but I know God has placed me here intentionally. 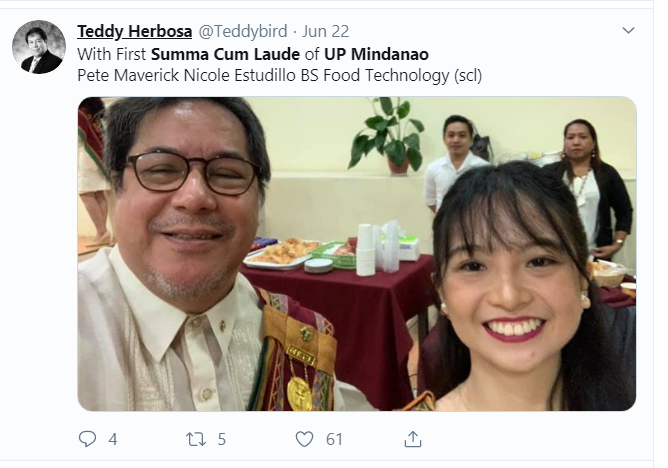 Soon enough, I joined the Thursday fellowships regularly. But it took me long to sign up for CCL. As I said, half of my life has been spent inside the church. I grew up memorizing Bible verses and listening to theological exhortations. But through CCL (when my stubborn head had finally conceded to the wooing of the student leaders and ministers), I realized I have been too focused on the Book rather than the Author. My eyes were fixed on the words, looking down as I read, and had failed to look up to the One who wrote them. I enjoyed the Bible and the Church, but not my Savior. It was only then that I was able to develop a true relationship with the Lord. All I cared for was the Law; now I found His Grace. I was a Christian for as long as I can remember, but I am still a sinner for as long as I live. All have sinned and fell short of God’s glory (Rom 3:23); yes even the kindest and most generous of people. And yet there’s something beautiful in acknowledging our unrighteousness and wretchedness. For only then can the Lord penetrate the callous heart when pride has been removed. It is a courageous and risky thing to do, for before a Holy God, you cannot help but be changed. And yet He has not dealt with us according to our sins, but according to the richness of His mercy (Psalm 103:10-12). 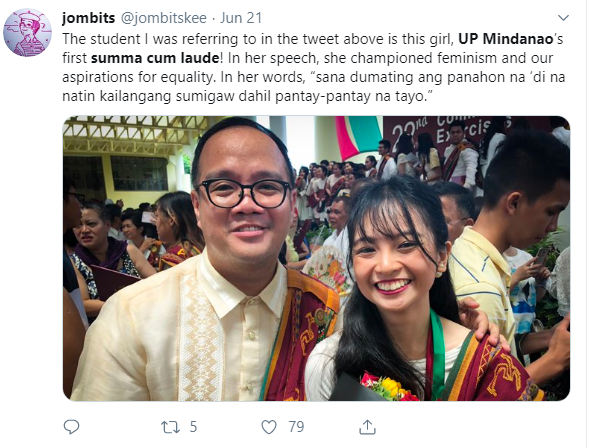 I learned that there’s nothing man can do to make God love him more or any less. Christianity is a response to His great love as you drown in His infinite mercy. It’s never a question of how much you’ve done for the Lord, but how much the Lord has done through you.

I thank the Lord for helping me experience Him and shedding His light as I walk through darkness. And now I rest with the fact that He loves and wills the best for me. All that I’ve achieved and been through, the Lord has done so for His glory.”
-Blessings and Love, Pete.

Indeed, Pete Maverick Estudillo is a living testimony of our God’s faithfulness and majesty. She has never failed to make every PSALMista, her professors, and kapwa Iskolar ng Bayan proud, and even better. She made our living God even prouder.